Mountain lion is the fourth largest feline in the world, much larger than leopards. And yet, in spite of a dramatic increase in attacks on people, for its size, ability and distribution, the mostly shy and elusive cougar kills or maims a surprisingly small number of people. This is probably due to the fact that the pumas have never met with humans who wouldn’t be well-armed and competent hunters. To maintain the perception of people as not acceptable food, some degree of hunting pressure must be maintained. This concept is not easy to grasp for many people, because large felines raise a lot of emotions in humans. But this very fact ensures that hunting mountain lions, a time-honored tradition in the West, is also an extremely exciting (and very demanding physically) pursuit. Watching the hounds work and following mountain lions through rugged canyons is a one-of-a-kind experience.

There aren’t many options available for a cougar hunter. Baiting is impossible, as as they prefer the animals they killed themselves. The puma is too secretive and nocturnal to allow spot-and-stalk hunting. Calling is possible but success is very rare and even if a cat is enticed to come in you will have a hard time determining the size. By far the most efficient, and the most exciting way of hunting mountain lions is with packs of hounds. Hunters scout until a fresh track is found, and then a pack of dogs is released. The hounds will typically chase the cat until it trees, where they hold it at bay until the hunters arrive. The hunt is not a sure thing; the terrain is often extremely challenging and it is not always possible to get to the treed cat, and sometimes the lion gives the dogs the slip.

WHEN TO HUNT MOUNTAIN LION IN NEW MEXICO

The season for mountain lion hunting may start as early as August, and last until January or February. Some states which believe to have an overpopulation of cougars have an additional hunting season in the spring as well. The length of the season often depends on whether the harvest quota has been met. Mountain lion hunts often depend on the snow. It is more difficult to see the tracks on dry grounds, and only the best hounds and houndsmen can shot consistent success without snow. Where snow cover is an uncertain thing, “on-call” hunts, when the client waits for the outfitter’s message to come and hunt are sometimes a good option.

WHAT IT THE COST TO HUNT MOUNTAIN LION IN NEW MEXICO?

Mountain lion hunts may sound expensive, but considering how much goes into preparation of the hunt – keeping and training a pack of hounds is a hard job – they are relative bargains. The prices start at about $3,500, and on the average cost $7,500-$8,000, depending on the area’s and the outfitter’s reputation for producing quality trophies. Mountain lion hunts can be combined with hunts after other felines, such as bobcat and lynx. New Mexico has a reputation for offering some biggest elk trophies in North America, and has the third largest elk herd (about 80,000 animals). Non-resident… 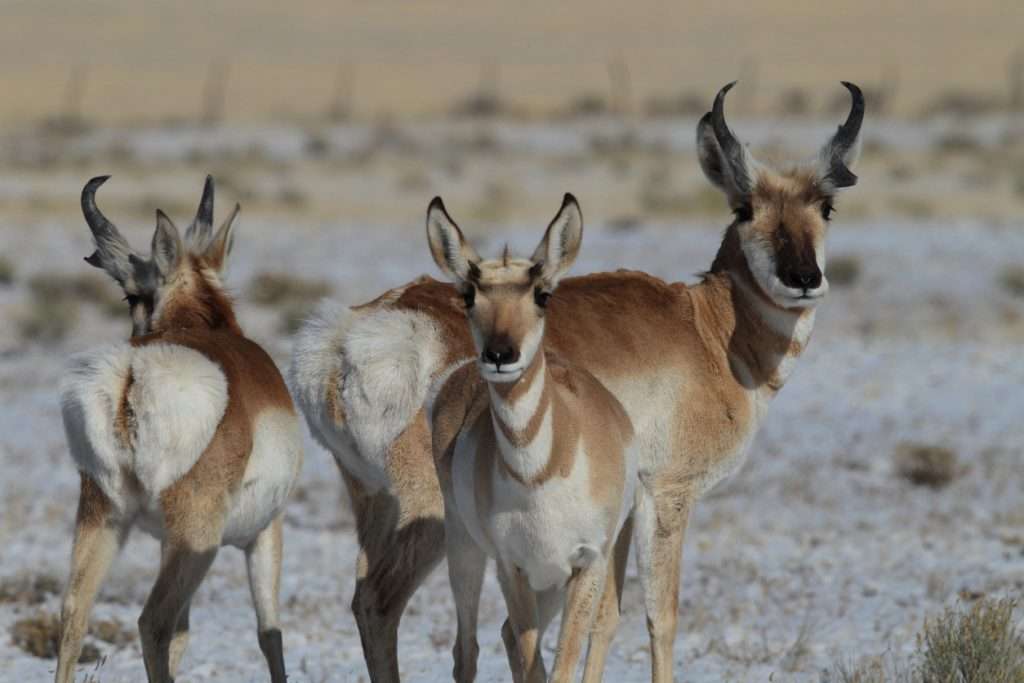 Pronghorn are all-American creatures, and are unique in many ways. This includes their unusual horns, which they got their name from. They have a bony…